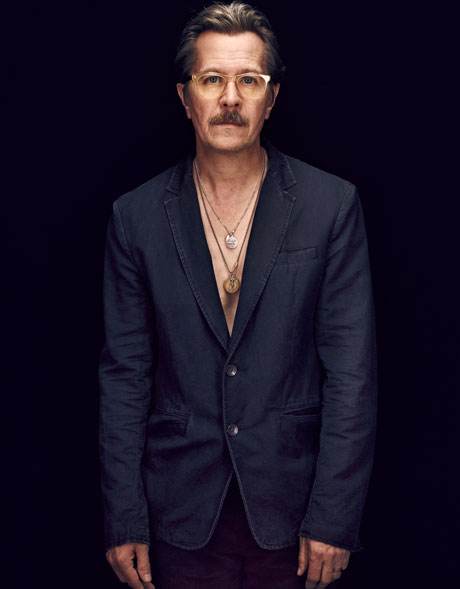 What other people think of me is none of my business.

Acting is living truthfully under imaginary circumstances. An acting teacher told me that.

You choose your friends by their character and your socks by their color.

A lazy man works twice as hard. My mother told that to me, and now I say it to my kids. If you’re writing an essay, keep it in the lines and in the margins so you don’t have to do it over.

I wanted to play Dracula because I wanted to say: “I’ve crossed oceans of time to find you.” It was worth playing the role just to say that line.

We all look for that other half, that partner. I mean, wouldn’t it be great to say that line to someone and mean it?

There’s 99 percent crap across pretty much everything. And then there’s that one plateau where I want to be.

There are bass players who know when not to play. I don’t know if that can be taught.

What would you do if you were a painter, and you gave your painting over to someone, and then you saw it in an exhibition and they’d cut seven inches off the top of it? And the corner was painted red. We thought it would be better red. But that wouldn’t happen.

I enjoy playing characters where the silence is loud.

The lights go down. What do you got?

When you meet someone, you can get something out of him like when you first look at a painting.

New York is London on steroids.

You’re tired? Have a baby, then come back and tell me how tired tired is.

There’s no handbook for parenting. So you walk a very fine line as a parent because you are civilizing these raw things. They will tip the coffee over and finger-paint on the table. At some point, you have to say, “We’re gonna have to clean that up because you don’t paint with coffee on a table.”

You don’t step straight up to the front of the ATM line. You don’t cut in front of people at the ticket desk. You take your turn. You can learn great life lessons from board games.

My kids are my greatest achievement.

They’re proud of what I’ve done, but wonderfully underwhelmed.

I don’t pursue things. They come to me. They come through the letter box. People get an idea in their heads. “What about Gary Oldman?”

There’s only one authentic version of Gary, and I’ve got to really know who that is.

One thought on “Ce A Invatat Gary Oldman Along The Way”